Too much energy consumption and space allocation! What can we do?

Datacenter capacity in and around Amsterdam has grown with 20% in 2018 according Dutch Data Center Association (DDA). Bypassing rival data center locations such as London, Paris and Frankfurt. But that growth comes with a problem. They claim too much space and consume too much energy. Therefor the Amsterdam Counsel have decided to invoke a temporary building stop for new data centers until new policy is in place to regulate growth.

At current, local governments do not have control on new initiatives and energy suppliers have a legal obligation to provide power. The problem here is that the growth of datacenter capacities is contra productive to the climate ambitions of governments which are adopted in legislation. Therefor regulation enforcing sustainable growth with green energy and delivery of residual heat back to consumer households will be mandated and in line with climate ambitions.

For now, the building stop is for 1 year. The question is what can we do in between, or are we going to sit and wait and do nothing?

If you cannot grow in performance and capacity outside the current floor space, the most sensible thing to do is to reclaim space within the existing datacenters. There are a few practical changes possible that have minor impact on operations but a huge impact on density and efficient usage of currently available floor space.

What happens in Amsterdam area today is something we will start to see happening more and more and will kick off many more initiatives in other areas to regulate data center growth and bring that in line with our climate ambitions. If we start banning polluting diesel cars from our inner cities and tax them why could we not have the same discussion on the usage of power slurping old metal boxes with SATA spinning rust within data centers? I am pretty sure that regulators will encourage good behavior with permits and discourage bad behavior with taxes in the not too distant future. 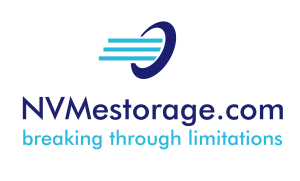